This was for you. 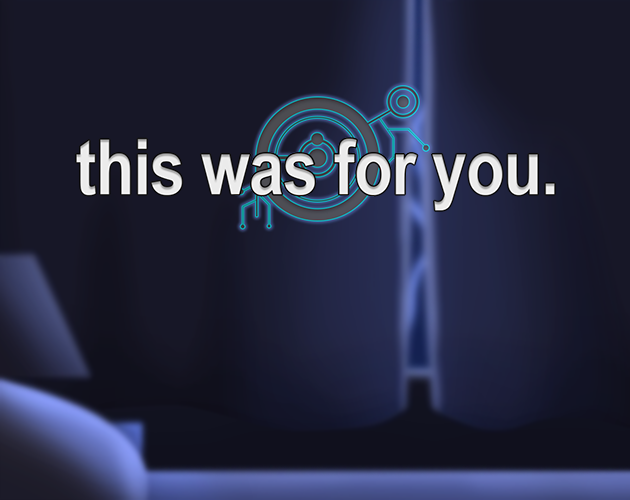 This was for you is a Visual novel created by Watercress Studios as part of the NanoReno 2019 game jam.

These are my tracks composed for the game as part of a team of composers. For this project I worked as the music and audio director.

For the audio I directed, created and implemented foley and sound design elements. This involved field recordings and other processed sounds. Creating immersive soundscapes for the worlds as well as a variety of foley sounds was essential in bringing the game to life with audio.

PaulRobins · this was for you

The game was split into two sections; the real world and a VR world. I directed the music for the real world, this involved providing style choices and cue directions. During these sections the narrative is very heavy with emotion and I aimed to have that reflected with the music. the cues are written to be a representation of the characters feelings in each of the chapters. For the instrumentation I selected to use a mix of acoustic and electronic instruments, this was to create more ambient backings, but layered with acoustic instruments to provide the melodies. Overall the music doesn’t stray too far from the predominately electronic music of the VR world and stays consistent whilst giving contrast.

All the music and audio was implemented into Ren’py and scripted using python.